Culture + Entertainment / Who Run the World

These two women made strides for women’s rights in their country and ultimately made history. 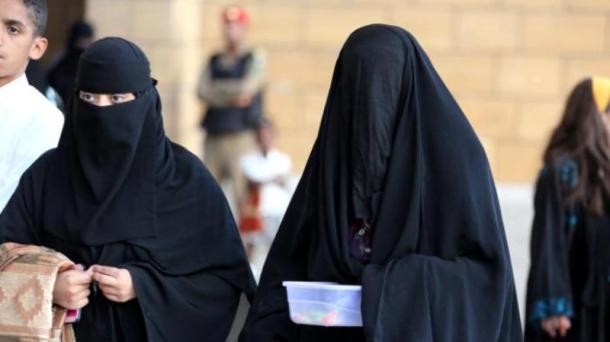 It had been four years since King Abdullah ruled that the women of Saudi Arabia would hold voting rights and the opportunity to run for office in future elections, yet it was only until this past weekend that the Saudi women used this power and registered for their newfound rights. There might have been some initial resistance, but when it comes to women’s voting and civil rights, we have to say, better late than never.

On August 16, the conservative Muslim country opened its registration in two holy cities for its December elections. Jamal Al-Saadi and Safinaz Abu Al-Shamat became the first women to register to vote in municipal elections in Medina and Mecca.  The women had come with prepared paperwork ahead of time, to ensure that they would not be turned away. Although seemingly small, these two women definitely took a stand for women in their country and in other countries that restrict women’s rights.

It can only be assumed that female registration will be a gradual one, just as King Abdullah’s grant was. The decision to allow women voting rights was part of a gradual reform before he died in early January. In addition to granting voting rights, he also ruled in favor of establishing the first co-ed university and appointing women to the Council of Ministers. While each ruling, especially voting rights, took great leaps in the direction towards equality, Saudi women still suffer from some injustices. Saudi Arabia is the only country in the world that does not allow women to drive cars and are forbidden from traveling anywhere without the company of a male chaperone.

Grounded by tradition, Saudi women still have many obstacles ahead. However, being able to vote is one big obstacle that has already been triumphed. According to Arab News, the female voter registration was low in the two cities, but is expected to grow when registration opens to the rest of the country from August 22 to September 14. Of course various customs and religious traditions will prompt skepticism or hesitation for some. But for women like Al-Saadi and Safinaz Abu Al-Shamat, who come prepared with papers for registration, it is safe to say that this is a victory in one country, being applauded by feminists everywhere.

One thought on “Women Who Have Us #WHIPPED”